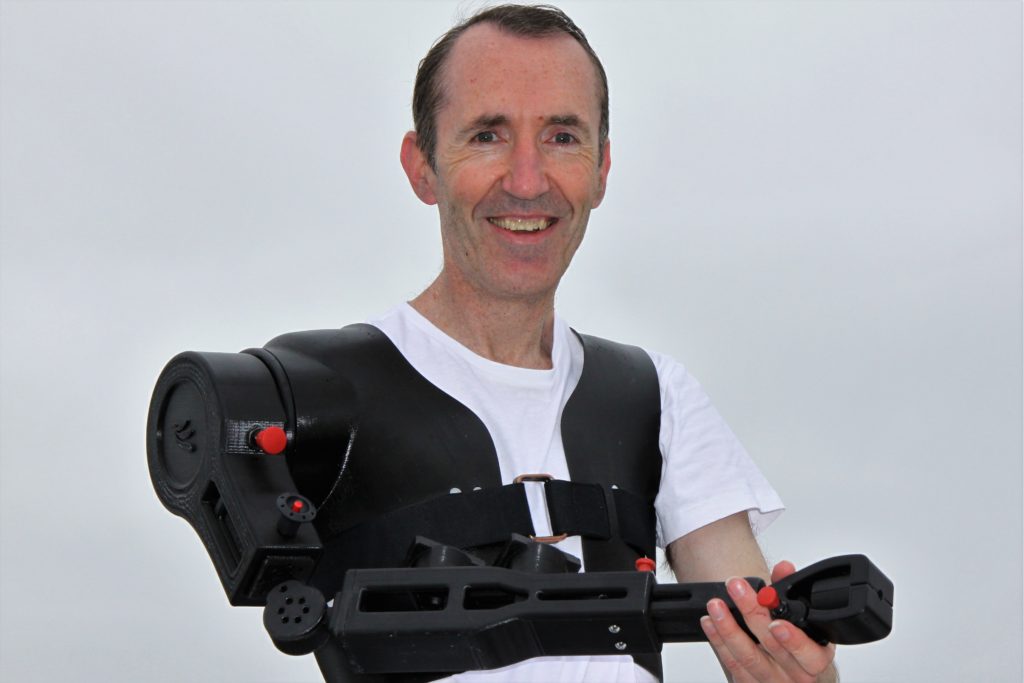 FSDP scholar Steve Robinson – known to many as The One Arm Pilot – was awarded the British Empire Medal for services to people with disabilities.

Steve was involved in a motor-cycle accident in 1982 which resulted in his right arm being amputated.

Steve was awarded a scholarship by FSDP to learn to fly in 2012. He passed his flight training and ground school exams and came away with his pilot’s license. To be able to operate the aircraft he required a prosthetic arm, which he decided to make himself from aluminium, after the NHS prosthetic proved unreliable.

He said “I’m flying high to be honoured for helping other disabled people to make the most of their lives and show them that anything is possible. My story proves that, with the right equipment and attitude, every one of us can break through phantom barriers and follow our dreams.”